5 Reasons a Criminal Defense Attorney is Essential at First Appearances 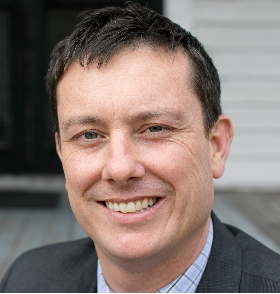 1.  First appearance is one of the most important stages of a  criminal case.

First appearance in a North Carolina is when a defendant is informed of the charges against them, informs the court whether he wants appointed counsel, and the judge decides pre-trial conditions of release such as bail, house arrest, unsecured bond, or release to the custody of a responsible adult. The first appearance must be held within 96 hours after the defendant is taken into custody, or at the first regular session of District Court in the County, whichever occurs first. Unfortunately, most defendants do not have an attorney at first appearance.

By law, first appearance is considered a "non-critical" stage of a case, which means that a defendant does not have the right to have an attorney at that point. Accordingly, the government is not required to provide a lawyer to someone who hasn't arranged for their own. In reality, the first appearance is very much a critical stage, because a defendant's custody status while awaiting trial can be crucial to the outcome of the case. If the District Court judge decides, based largely upon what is conveyed to them by the District Attorney, to establish or keep bail at an amount that the Defendant and their family can't afford, they stay in jail until they make a plea bargain resulting in release (and often probation) or they have a trial (which can take several months, depending on the case.)

A defendant who is out of custody has the luxury of time. Time to meet with their lawyer and assist in the preparation of their defense, time to make sure that all available evidence is obtained and considered, and crucially, time to consider whether to take a plea or to insist that the State prove their case. An in-custody defendant does not enjoy that luxury; many unprovable cases result in a guilty plea just so the defendant can get out of jail. These guilty pleas have potentially lifelong ramifications, and it is a shame to make such an important decision based upon the need to get out of jail.

Having a lawyer at first appearance can greatly increase the odds of a reduced or unsecured bail.

2.  Have an advocate in the same room as the judge and prosecutor.

North Carolina law allows that criminal first appearances may be held by video or audio. Typically, in Wake County, defendants appear at first appearance on a video screen, where they address the court through a telephone. The DA and the judge are in the same room, and they know each other. This, obviously, is a disadvantage for the defendant, especially since they are usually told not to talk about the facts of the case as "anything they say can be used against them."

The old adage that "a lawyer who represents himself has a fool for a client" is true, for many reasons. The same would go for a defendant at a North Carolina criminal first appearance, except they are not usually in the position to have someone advocate for them, so they aren't so much foolish as unfortunate. At this crucial early stage an attorney can tell the defendant's story while avoiding damning admissions, can provide context for the bare accusations (the DA rarely knows more than bare bones of the accusation), and can provide other relevant information in a manner that is infinitely more effective than most defendants can do alone. An experienced criminal defense attorney will also know the judge and DA; it may be unfortunate but it does make a difference. Certainly it makes a difference to be able to discuss the case with the DA before the case is argued- they may not know much about it but may be open to hearing additional facts and may even agree to a bail reduction without argument. A defendant representing themself via video feed from a remote location does not have this opportunity.

3.  An experienced lawyer is familiar with the relevant factors for pre-trial detention.

Self-representing defendants often want to inform the court of facts that they consider to be important. In addition to the disadvantages presented by the judge's typical instruction that they not discuss the facts of the case, defendants typically are not familiar with the specific relevant factors the Judge will consider in making a bail determination.

While all Judges know that a defendant is presumed innocent, and there is a presumption that a defendant will be released pending trial, sometimes it can be important to refresh their memory of these two very important policies. Under North Carolina law, conditions of pretrial release must be determined for all non-capital cases. One of five conditions must be imposed in non-capital cases: (1) Release on a written promise to appear; (2) Release upon execution of an unsecured appearance bond, in an amount specified by the court; (3) Placement in the custody of a designated person or organization agreeing to supervise them; (4) Release upon execution of an appearance bond secured by cash deposit of full amount, by mortgage, or by solvent surety (bail bondsperson); (5) House arrest with electronic monitoring.

By law, a court making a pretrial conditions determination must choose one of options (1)-(3) unless it finds that the defendant is a threat to not appear in court, is dangerous to the community, or is likely to destroy evidence, suborn perjury, or intimidate potential witnesses. A court may also place restrictions on travel, associations, conduct, or abode, of the defendant. The danger that a defendant will not come to court, or will pose a danger to a person or the community at large, are the most important factors.  An experienced criminal defense attorney will know what facts to address (and which to avoid) in presenting a defendant's request for reduced bond. The considerations include the nature "and circumstances" of the offense charged (remember how a defendant is not allowed to talk about the case?), the weight of the evidence, local ties (including family, housing stability, employment), criminal history, and several other considerations that might sway a judge. A competent and creative attorney can almost always find information that would be helpful to the court and could not or would not be presented in their absence.

4. Having a lawyer at first appearance is often cost-efficient.

Very often, the cost of hiring a lawyer to represent a defendant at first appearance will pay for itself in savings on the bond amount. Despite the statutory presumptions of innocence and least restrictive pretrial conditions, as a practical matter, Wake County judges and magistrates seem to impose a cash bond more often than not. However, the presence and advocacy of an attorney at first appearance can tend to greatly reduce this amount. Often, the savings on the bond more than satisfies the cost of the lawyer to present the issues. A bond reduction from $25,000 to $10,000 is not uncommon when a judge gets to hear both sides of the story. This would result in a bail bond fee of $1,000 as opposed to $2,500- this savings should more than justify the cost of hiring an attorney.

5.  Get your defense started on the right foot.

In Wake County, at least, the Asst. District Attorney who represents the State at first appearance will often be the same person who later considers the case and makes an initial plea bargain offer. Strong advocacy at first appearance can plant the seeds of a solid defense of the case, and affect the prosecution's approach to the case. By presenting a defendant as a human being with a story rather than just a face on a screen and a set of accusations, a defense lawyer at an early stage can help the DA justify leniency and can make it clear that the defendant has the wherewithall to defend themselves in court. Although the criminal courts will never be an even playing field, an advocate at the early stages of a case can make it clear that the defendant is not necessarily going to be an easy target for a harsh outcome.

It is unfortunate that every criminal defendant in North Carolina is not entitled to an assigned attorney at the crucial first appearance. Recognition of such an entitlement would probably go a long way in reducing the financial burden faced by society in maintaining high levels of pretrial incarceration, while at the same time providing defendants with a meaningful presumption of innocence and right to a jury trial. In the absence of appointed counsel, if resources are available, friends and family of a newly accused defendant should do everything possible to secure counsel at first appearance. In Wake County it can be several weeks before a defendant has another opportunity to argue for a bail reduction; in these cases it's not uncommon for folks to pay significantly more for a bail bond than they would have paid for a lawyer.

Our lawyers have experience in criminal defense, and have successfully argued for bail reductions at first appearances and motion hearings. We provide free consultations in Wake County criminal matters, and are often available to represent an accused person in a limited appearance on short notice for a reasonable flat fee. If you need a lawyer for a first appearance, call our office at the number above; if it is after hours call my cell phone at (252) 499-2298.