Anniversary of the Imperial Foods Fire

Today marks the 24th anniversary of the notorious Imperial Food Products fire in Hamlet, North Carolina. In the fire, 25 workers died and 49 were injured because of unsafe conditions, including a locked exit door; according to the NC Dept. of Labor, the investigation found "numerous violations of various laws designed to protect workers." The plant had never received a safety inspection during its eleven years of operation. The fire was North Carolina's worst non-mining industrial disaster. It is simply amazing that an incident like this could occur 80 years after the Triangle Shirtwaist Factory Fire in New York City, which killed 146 workers and led to many workplace safety laws. 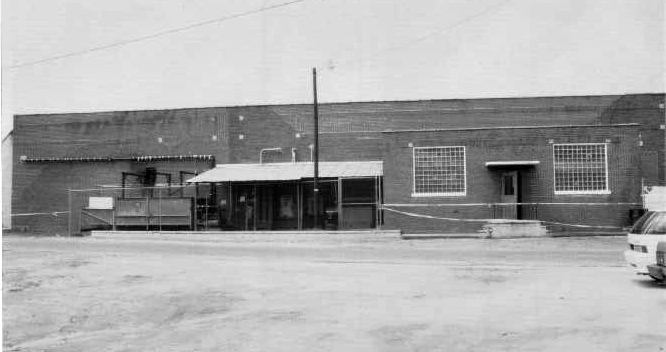 The Imperial Foods Factory- Imperial's operators usually kept the doors of the chicken plant padlocked and the windows boarded, to prevent theft, vandalism or other criminal acts.

The Imperial Foods tragedy was a catalyst for the passage in 1992 of North Carolina's Retaliatory Employment Discrimination Act (REDA, N.C.G.S. sect. 95-240), which prohibits retaliation against North Carolina workers for, among other things, complaints regarding wages, OSHA complaints, filing for workers' compensation, and violations of the Mine Safety and Health Act. A particularly poignant aspect of the Imperial Food Products fire is that workers later indicated they were afraid to protest the unsafe working conditions because of concerns they would lose their jobs.

REDA is designed to assure North Carolina workers that they are protected from retaliation for complaining about unsafe and unfair working conditions. Much like EEOC complaints of discrimination, a REDA complaint requires that an aggrieved worker exhaust her "administrative remedy" by filing a complaint with the state Employment Discrimination Bureau (EDB). The EDB then conducts an investigation, and either initiates an enforcement action (very rare) or issues a "right to sue" letter that allows the worker to pursue REDA remedies in a private law suit.

-  An injunction to enjoin continued violation of this Article.

-  Reinstatement of the employee to the same position held before the retaliatory action or discrimination or to an equivalent position.

-Compensation for lost wages, lost benefits, and other economic losses that were proximately caused by the retaliatory action or discrimination.

In addition to those remedies, a worker who prevails in a REDA action can be awarded the costs of the lawsuit (including attorney fees) as well as the possibility of treble damages for a willful violation of the law.

It is important to note that REDA complaints to the EDB must be made within 180 days of the alleged retaliation, and a REDA lawsuit must begin within 90 days of the EDB issuing the right to sue letter!

The Imperial Foods Fire was a senseless and preventable tragedy. Now, at least, workers facing unsafe conditions should feel safe that they can complain about those conditions and that they have legal protection from retribution.

The North Carolina Employment Law lawyers at Edelstein & Payne only represent workers, and are experienced in handling REDA issues. Given the deadlines in the statute, it is a good idea to contact a knowledgeable lawyer ASAP.