So, you have received a "Target Letter" from the Feds...

A target letter is a clear indication that the recipient is on the radar of federal prosecuting authorities, and should never be ignored.

Recent changes to the Wake County Courts' criminal pretrial release plan should lead to a reduction in the use of unfair cash bonds for defendants awaiting trial. 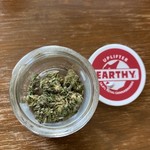 The Court of Appeals held that unscientific "training and experience" testimony regarding the identity of alleged marijuana was not reversible error under the "plain error" test used to examine admission of evidence when there is no objection. 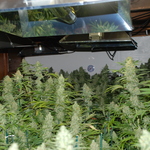 With the legalization of hemp came the question of under what circumstances the odor or appearance of cannabis, indistinguishable from hemp, would form probable cause to search a vehicle, home, or person. A recent North Carolina Court of Appeals case provides a little guidance.

The Fourth Circuit recently ruled that evidence discovered in the backpack of a North Carolina criminal suspect must be suppressed because the warrantless search was not made lawful under any of the exceptions to the search warrant requirement.

Why won't the Pasquotank Sheriff release the video of the Andrew Brown shooting?

An overview of the current controversy over North Carolina law enforcement recordings by a Wake County criminal defense lawyer.

What is the penalty for a North Carolina possession of firearm by felon conviction?

A brief and incomplete guide to calculating the possible sentencing exposure for someone charged with felon in possession of a firearm in North Carolina state court.

What if the cop who arrested me didn't read me my rights? 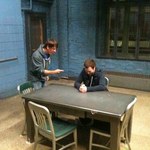 The short answer to the question is "it may not matter."

When is my Wake County Court Date?!

A brief overview of the current scheduling situation in Wake County criminal courts, with information and links to help people find their court dates.

Cell phone searches are increasingly common, and incredibly intrusive. This brief article explores a recent 5th Circuit Court of Appeals decision ruling a search warrant for a cell phone was unconstitutionally broad because it did not limit the search to the type of data that would be responsive to the probable cause described the search warrant allowing the search.

North Carolina Felon in Possession of a Firearm

Possession of a firearm by a convicted felon is illegal in North Carolina under both state and federal law. Depending on the defendant's criminal history and whether they are prosecuted in state or federal courts, the penalties can be extremely serious, and competent counsel should be retained.

Resist, Delay, or Obstruct charges in North Carolina can be frustrating to defend. Commonly known as "contempt of cop" charges, I have heard them accurately described as "no crime occurred until the police showed up." Having experienced legal counsel can positively affect the outcome of your case!

What happens if the driver who hit me does not have enough insurance to cover my injuries?

Uninsured or under insured motorist coverage may be available to people injured by someone else's bad driving, whether or not they were in a car at the time they were injured. It is important to talk to an experienced personal injury attorney to explore possible available insurance coverage.

Why it is important to expunge a dismissed North Carolina criminal charge, and how to do it yourself

It would be easy to assume that once a North Carolina criminal charge is dismissed there is nothing more to be done. However, even dismissed charges show up on background checks that have become routine in employment, housing, and other decisions. Some background checks might even show, for insta...

What is going on with the Wake County Criminal Courts? Some answers provided today

The Wake County Courts released a new memo today outlining the plan to reopen amid the Covid-19 pandemic. This article provides a brief overview of the basics of the plan, as well as a link to the memo.

How do I get the body camera or other video from my encounter with law enforcement?

Pending legislation in North Carolina might help provide additional expanded opportunities for those who have been convicted or accused to remove that criminal history from court and other records.

Today New York Times Magazine published a disturbing and detailed expose regarding ongoing allegations of gender based pay discrimination and large-scale sexual harassment at a company that owns many of the most common jewelry stores. The story details serial poor treatment of women, including su...

An anonymous tip mis-identifying the suspect as a white male and vaguely describing suspicious behavior was insufficient to support a warrantless traffic stop, and the contraband discovered during the stop should have been suppressed.

Expunction of old criminal history can improve employment prospects and should be pursued by anyone who is eligible!

IN a three-part series, the Raleigh News & Observer has captured the problems of the current use of bail in North Carolina courts. The piece published today details the high costs of pretrial incarceration for low-level offenders, to both defendants and society in general.  It's an issue I have a...

Marijuana Stems and Rolling Papers in Trash Not Enough to Support Search Warrant for Home.

The Fourth Circuit Court of Appeals recently affirmed a trial court's ruling to suppress evidence discovered during the execution of a search warrant issued after police found cannabis stems and rolling papers in the defendant's curbside trash. This post explores the ruling and its significance to North Carolina criminal cases.

What should I do to maximize my personal injury claim after an accident?

An article detailing five important steps to maximize the value of a personal injury case.