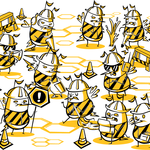 A jury in Florida just returned a verdict of $17 million to five female migrant farmworkers who complained they were raped and sexually harassed by male supervisors at a packing plant where they worked. Sexual abuse of female farmworkers is a widespread problem; federal government is apparently a...

Anniversary of the Imperial Foods Fire 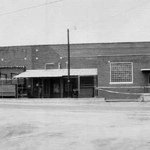 Today marks the 24th anniversary of the notorious Imperial Food Products fire in Hamlet, North Carolina. In the fire, 25 workers dies and 49 were injured because of unsafe conditions, including a locked exit door; according to the NC Dept. of Labor, the investigation found "numerous violations of...

The law school's pay system results in gender inequality according to the EEOC in a recent determination.

Retail giant Target has agreed to pay a $2.8 million fine to settle Equal Employment Opportunity Commission charges that the company used discriminatory processes in hiring. According to the EEOC, Target disproportionately screened out applicants for professional positions based on race and gende...

We here are dedicated to contributing to our communities, legal and otherwise. Edelstein & Payne is proud to acknowledge that partner Steve Edelstein has agreed to chair the Civil Rights Section of the North Carolina Advocates for Justice. His appointment is recognition of Steve's contributio...

Ruling that the so-called "manager rule" has no place in Title VII jurisprudence, the 4th Circuit reversed an order granting summary judgment to an employer who fired their employee for assisting a worker with a sexual harassment complaint.

The Washington Supreme Court ruled that piece-rate compensated farmworkers are entitled to compensation for state-mandated rest breaks that regulations require to be "on the employer's time."

In a decision that is not binding on courts but potentially entitled to some deference, the Equal Employment Opportunity Commission ruled this week that Title VII's sex discrimination prohibition applies to discrimination on the basis of sexual orientation.

4th Circuit: Failure to Act Can Create Liability for Employer

The 4th Circuit Court of Appeals ruled that the employer's response to severe harassment (racist death threats) could be found by a reasonable jury to have been inadequate, where the employer is required to act promptly in a manner reasonably calculated to end the harassment.

New DOL administrative interpretation of the FLSA definition of employee urges an expansive view of the employer/employee relationship in the context of the issue of whether a worker should be classified as an employee or an independent contractor.

Under the Obama Administration's proposed new FLSA regulation, workers who are paid a salary must be paid at least $921 per week to be exempted from overtime.

The Supreme Court ruled in favor of a hijab-wearing young lady who was denied a job by Abercrombie & Fitch because she did not meet their "look" policy.

The Department of Labor has proposed reducing federal workers' compensation for the majority of injured workers by 5%, citing an undemonstrated incentive for workers to not return to work.

Travis Payne named Lawyer of the Year 2015 in Labor Law

Edelstein & Payne partner Travis Payne can add 2015 "Lawyer of the Year" to his long list of awards and accolades. The award, named by Bestlawyers.com is a result of a peer-review process. According to the site, only one lawyer in each practice area and geographic location can be named for th...

As a result of apparent ongoing collusion between prosecutors and sheriff's deputies to conceal exculpatory and mitigating evidence, the entire Orange County prosecutor's office has been disqualified from a high-profile murder case. Prosecutors are guardians of public trust and are expected to live up to the highest ethical standards. Unfortunately, they can lose sight of their mission of justice in effort to win cases.

The Fair Labor Standards Act requires payment of at least minimum wage for every hour worked, and time and a half for each hour worked in excess of 40 in a week. The Act also protects workers from retaliation for asserting their rights under the law. The 2nd Circuit joined other circuits in ruling that an employee's oral complaint alone is sufficient to trigger retaliation protections, reversing an old precedent that required formal filing of a complaint.

By claiming that work-crew inmates who were injured in gas explosion are covered under Workers' Compensation, Fresno County California is seeking to limit its liability.

Sister Megan Rice, an 80 year old dedicated peace activist, embarrassed the government of the United States by breaking into a high-security nuclear facility and spray painting peace-oriented religious messages. She was arrested and eventually convicted on trumped up sabotage charges after refusing to plead guilty to trespass and destruction of government property charges. Her conviction for sabotage was reversed and dismissed by the 6th Circuit Court of Appeals, which ruled that no reasonable jury could find her guilty beyond a reasonable doubt.

The 4th Circuit Court of Appeals rejected defendant Nucor's argument that Wal-mart v. Dukes shut the door on virtually all class action certifications, citing significant statistical implications that black workers were denied promotions at least partly because of their race.

Misclassification is a pervasive, costly problem affecting the entire economy. The Department of Labor has continued growing its efforts to work with states to reduce misclassification through information sharing and cooperative law enforcement.

Noncompete agreements must be reasonable in time, geography, and restricted activity, and their validity should not be assumed.

Thank you for visiting! Please fill out this form if you want an attorney or staff member to contact you regarding a legal issue. If you are seeking a consultation regarding an employment law issue, please go to our employment law page (under "practice areas") and fill out the more detailed form there!