How do I get the body camera or other video from my encounter with law enforcement?

Obtaining North Carolina custodial law enforcement videos or other recordings is easy if you know how. The recordings are specifically exempt from North Carolina's Public Records Act, but release can be obtained rather promptly by filing an action in civil superior court. 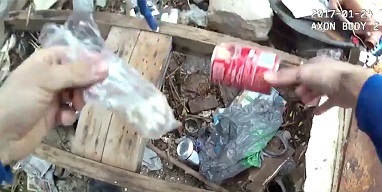 Fill out the Administrative Office of the Courts form AOC-CV-270  Petition for Release of Custodial Law Enforcement Agency Recording. Include as much detail as possible regarding the date, time, place, and involved parties, to ensure that the correct recordings are provided. Make sure the box is check indicating that the Petition is filed pursuant to North Carolina General Statute 132-1.4A(f). Also make sure that the appropriate contact/service information for the head of the law enforcement agency and local District Attorney is provided in the correct space at the bottom of the form.

File the request in civil superior court. This means take the completed Petition form to the civil superior court clerk and tell them you are filing a case. No civil case cover sheet is required. Make sure to bring an original and three copies. The clerk may be unfamiliar with this Petition, but if made by an individual who is depicted in a recording or their personal representative, there is no filing fee.  Once this is established, the clerk should stamp the original and all the copies with a case number and a file stamp.

Mail copies (more can be made at this point) of the Petition to the head of the law enforcement agency that has custody of the recordings. For Raleigh Police Department, this is Chief Cassandra Deck-Brown, Raleigh Police Department, 6716 Six Forks Road, Raleigh, NC 27615. Mail a copy also, to the local District Attorney (This may actually not be necessary, for a petition by a person who is depicted in the video, under N.C. General Statute 132-1.4A(f)). For safe measure, a separate copy should be mailed to the known officers depicted in the recording. This can be sent to the same address as the agency head.

Contact the local trial court administrator for a hearing on the Petition. Contact information for the local TCA can be found on the AOC website, nccourts.gov, or by googling "[county] trial court administrator". This process varies by county, but it may be easier to go straight to the TCA's office after filing the document to discuss the appropriate procedure for obtaining a hearing date.

Attend the hearing. If there is an objection by the law enforcement agency, officer, or the DA, be prepared to argue that application of the factors in Gen. Stat. 132-1.4A(g) favors release of the recording. These factors are:

(1) Release is necessary to advance a compelling public interest.

(2) The recording contains information that is otherwise confidential or exempt from disclosure or release under State or federal law.

(3) The person requesting release is seeking to obtain evidence to determine legal issues in a current or potential court proceeding.

(4) Release would reveal information regarding a person that is of a highly sensitive personal nature.

(5) Release may harm the reputation or jeopardize the safety of a person.

(6) Release would create a serious threat to the fair, impartial, and orderly administration of justice.

Some of these factors favor release (1, 3, 8); the others favor denying a petition to release the recording. Of course, absence of any of factors 2, 4, 5, 6, or 7 can be used to bolster the argument in favor of release. This type of argument is not specifically required for a petition under subsection (f) (by someone depicted in the video), but it's a good idea to be ready to assert these factors if there are objections.

Obtaining release of law enforcement recordings can be accomplished without the assistance of an attorney. However, there are many reasons why a person may prefer the assistance of legal counsel. These reasons include anticipation of objections and substantive legal and factual argument at the hearing, or merely the convenience of the requesting party. We believe in transparency in the administration of justice, and that recordings are an important tool in achieving greater transparency. We are available to assist parties seeking release of custodial law enforcement recordings, whether the release is sought by a person who is depicted in the recording, is a journalist, or some other interested member of the public. Give us a call to discuss your situation, or fill out the contact form in the sidebar.