When evidence of a crime is discovered through a violation of the defendant's 4th Amendment right to privacy, the remedy is suppression of the evidence. It can't be used against the person in court to support a conviction. When a person, vehicle, or place is searched by cops who don't have a warrant, that search is presumed to be unreasonable and a violation of the 4th Amendment. In that situation, the government bears the burden to prove to a reviewing court that one of the "exceptions" to the warrant requirement applies. These issues often arise in drug cases or or cases involving possession of a firearm by a felon- common cases in both North Carolina state and federal courts. 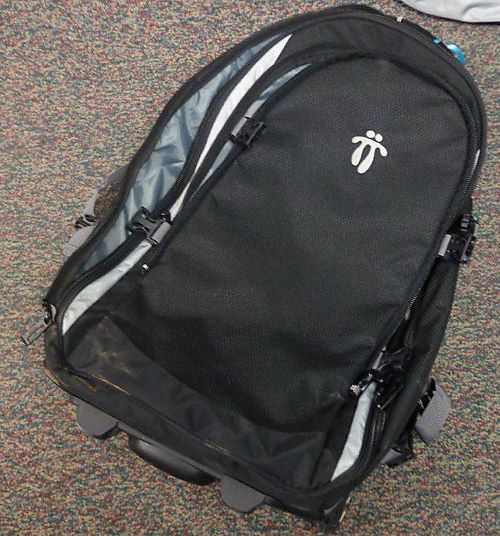 Don't be left holding the bag!

Limitations on the so-called "motor vehicle" exception to the warrant requirement.

One common exception to the warrant requirement was known as the "motor vehicle" exception, which courts interpreted as allowing warrantless searches of a vehicle's passenger compartment pursuant to the arrest of a vehicle occupant. The rationale for this exception was that in the close confines of a car, a suspected criminal could reach for a weapon, endangering the cops, or otherwise tamper with evidence. For years, courts seemingly ignored the fact that nearly all of these searches occurred after the suspect had been arrested and was safely cuffed and stuffed in the back of the cop car- obviating these concerns.

The motor vehicle exception was significantly curtailed in 2013 when the United States Supreme Court issued its opinion in Arizona v. Gant. In Gant, the defendant was originally stopped for a traffic violation, and arrested for driving with a suspended license (an extremely common "poverty crime" driven by inability to pay traffic tickets often combined with the need to drive to work to earn a living).

In an important departure from commonly accepted law in lower courts, the Supreme Court ruled that a car could only be searched  incident to arrest of an occupant if the suspect remained unrestrained (thus not really under arrest?) and within reaching distance of the passenger compartment at the time of the search or, in a holding limited to the motor vehicle context, if the cops have a reasonable belief that evidence of the crime of arrest would be found in it. Obviously, no cop could reasonably believe that evidence of the crime of driving with a suspended license would be found. In Gant the contraband evidence was suppressed, and with the ruling ended an epidemic of vehicle searches pursuant to petty driving with a suspended license arrests.

The Fourth Circuit extends the holding in Gant to Search of a backpack.

In what should be an important 4th Amendment ruling, the Fourth Circuit Court of Appeals extended the ruling in Gant to a backpack which was removed from a car during a flight from a traffic stop. In United States v. Davis, the defendant drove away from a traffic stop, then jumped out of the car and ran into a nearby swamp while carrying a backpack. After he became stuck in the swamp and returned to dry land at gun point, he dropped the backpack and lay down on his stomach next to it. He was patted down, and the cop found a large amount of cash. Then Davis was arrested and handcuffed, for "several traffic violations, including felony flee to elude." One of the cops unzipped his backpack, finding an ounce of cocaine base. They also searched his car, and found a digital scale and more cash.

The Court of Appeals reversed the trial court judge and ruled that the cocaine found in Davis' backpack was discovered in violation of the 4th Amendment and should be suppressed. The court held that the first restriction described in Gant, that searches incident to arrest are only valid when the suspect is unrestrained and within reaching distance of the thing to be searched, also applies outside the motor vehicle context. Again, the twin rationales for allowing searches incident to arrest, officer safety and potential evidence tampering, do not exist in the context of a restrained and cuffed arrestee. The court ruled the crack in the backpack should not have been discovered without a warrant, and must be suppressed.

In a less momentous ruling, the court also applied the second portion of the Gant ruling, regarding the motor vehicle exception, to also suppress the evidence found in the vehicle, because the officers did not have a reasonable belief they would find evidence of the crime of arrest (traffic violation including flee to elude) in the car.

Motor vehicle searches and searches incident to arrest present fascinating topics for criminal defense lawyers. Securing an order suppressing evidence is one of the sweetest results we can obtain! Not only are we winning a case for our client, we are furthering the constitutional rights of all people to be free of warrantless searches by cops who are often all too eager to trample on our rights when they have a hunch but no probable cause that a crime was committed.

I stay up on all the new developments in search and seizure case law and can use my experience analyze your case and, if appropriate to help establish the necessary factual basis to support suppression of the evidence against you! I handle Wake County misdemeanors, and felonies throughout the state of North Carolina, in both State and Federal courts. Give me a call for a free consultation regarding your North Carolina criminal matter.