Cannabis is a Schedule VI controlled substance under NC law. You can't go to jail for simple possession of small amounts (less than 1/2 oz of Cannabis, or 1/20 of an ounce of hashish). Such minimal possession is a Class 3 misdemeanor, and any sentence imposed (maximum 1-20 days) must be suspended.For possession of more than a half ounce, the penalties start increasing: for one-half to one and a half ounce, a person can expect to be facing a Class 1 misdemeanor, and from 1-120 days in jail if convicted, depending on their criminal history. Regardless of criminal history, though, a jail sentence for a misdemeanor conviction may be suspended on condition of successful completion of probation.

Possession of more than 1.5 ounces, all the way to 10 pounds, is a Class 'I' felony. The sentence for most felony offenses varies based on the classification of the felony and the "offender score" of the person convicted- 'I' is the least serious felony classification. Slightly more serious are "Delivery" and "Possession with Intent to Deliver" offenses, which are class 'H' crimes under North Carolina law. Transfer of less than 5 grams of cannabis for no remuneration (payment) is not considered a "delivery" for the purposes of establishing such an act as a felony. Any of these sentences may be enhanced by certain statutory aggravating factors, one of the most common of which is committing a drug offense within 1000 ft. of a school, child care center, or park grounds- enhancing the charge to a much more serious Class 'E' felony.

Growing less than 10 lbs of cannabis is a class I felony.  More than 10 lbs but less than 50 lbs a Class H felony. The penalties go up from there, but the likelihood is that the greater punishment for such amounts would come from a trafficking charge.

Suspicion of cannabis/marijuana possession is a very common explanation provided by law enforcement for privacy intrusions such as warrantless searches of persons, vehicles, and residences. Because it is nearly impossible to establish that the officer was mistaken (or untruthful) about what they smelled, such searches often withstand scrutiny even when no cannabis was actually found but other contraband was. Unfortunately, until cannabis is legalized in the state these practices will continue.

We support the National Organization for Reformation of Marijuana Laws (NORML) and are philosophically opposed to the criminalization of cannabis for multiple reasons. Ongoing prohibition of cannabis causes vastly more harm than it prevents, and the harm is disproportionately experienced by working class communities and communities of color. If you or a loved one is charged with a cannabis offense, give us a call to schedule a consultation. We provide a free consultation regarding any criminal charge, and offer reduced fees for cannabis-related allegations. We also offer a low flat-fee for simple possession cases.

*This firm prefers use of the word "cannabis" because of the racially-charged history of the term "marijuana" and enforcement of laws in prohibition thereof. 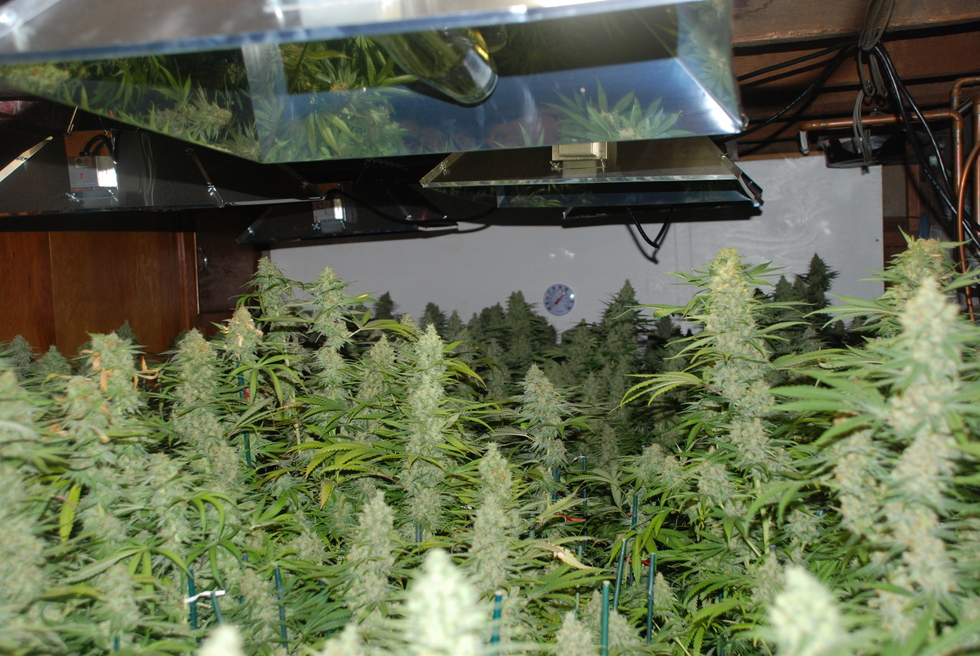 The unfortunate fruit of a raid on a client's home. Our client eventually plead guilty to a misdemeanor possession charge while our motion to suppress was pending in Superior Court.